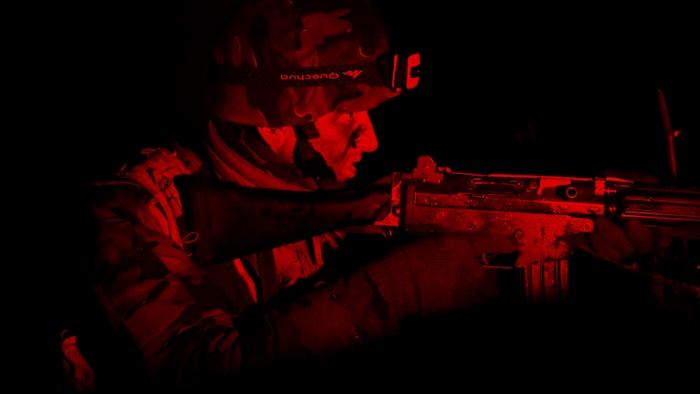 Under the tutelage of commander Walter Van Dyck, young recruits of the Belgian Armed Forces receive their basic military training. By means of role-play, an image of their future as professional soldiers steadily appears. Echo meticulously documents this intentional metamorphosis, in which subjects are instructed in a new way of looking, listening and thinking.

with Walter Van Dyck, and the recruits at Platoon Echo

produced by Accattone films
a co-production with Canvas
with the support of Vlaams Audiovisueel Fonds, Fonds Pascal Decroos, Gemeente Leopoldsburg